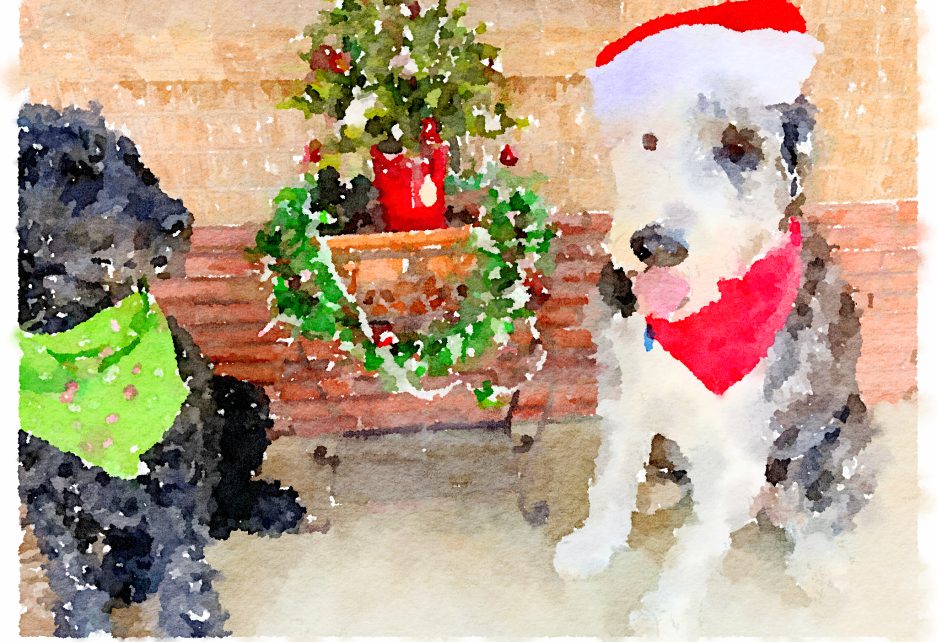 Welcome to the 74th day on the calendar, otherwise known as the Ides of March. For a brief historical look, you can check out a previous post about the Ides of March. Clearly the Soothsayer’s abilities did not have much in the way of meteorological skills.

It felt like living in a snow globe this weekend. You may have heard the Front Range of Colorado was hit with a monster of a storm. I haven’t seen snow like this since 2003 though this one had the dubious distinction of being a full on blizzard. The airport, public buildings and schools are all closed while we dig ourselves out. The airport is set to open shortly after noon today. The governor called out the National Guard to help rescue stranded motorists and both north/south I-25 and east/west I-70 were shut down yesterday in both directions.

A good 2 feet of the wet stuff was dumped on the Ranch (official Weather Service tally was listed at 27.1 inches) and we were lucky enough to not have lost power so lots of baking ensued over the weekend. The satellite dish needed multiple clearing off sessions so the dogs and I could veg out in between potty breaks and a few sessions to try to keep the sidewalks from getting too bad. But after making one swipe, by the time I got back to the start, it was covered again.

The accumulation wasn’t all that bad (there have been other storms far worse) but the blizzard-like conditions made any traveling dangerous and treacherous. Even the foolhardy who were bored found cross-country skiing in the street too difficult judging by the fact they took off their skis and carried them home on their shoulders.

Even potty breaks were brief and quick. At one point Elsa showed her displeasure with the small area I shoveled so her breaks would be easier by jumping over into…a deep drift. When she managed to dig herself out, she was covered in snow and looked as though she’d been flocked. I had to laugh out loud as she ran passed me to the back door lickety-split. She apparently wasn’t as amused and immediately began to take out her embarrassment on the first toy she found. RIP little birdy.

The snow made for a fun weekend and like Elsa, I learned a valuable lesson about snow. Don’t stand directly under the satellite dish when clearing it off. Norman is decidedly not a fan of the white stuff. And my hero neighbor with the snowblower is plowing the sidewalks as I write. Bless that man!

So how was your weekend?